QDM and Land Management ? Anybody do it? (Long Post)

In years past on my fathers land we followed, very loosely, some parts of the QDM program. When my father first bought the land (150ac) we hunted the entire first year and saw 1 deer on his land. 1 Deer!! We then cleared 3 areas for food plots approximately 2-3 acres in size and the deer seemed to start coming in pretty regular. The bucks were smaller and all seemed to have nasty looking racks. We killed 3 bucks and no does the following year but their horns were non typical to say the least. After doing this for 3 years and taking no does off we started seeing somewhat better bucks. My brother law and I would let them pass but it wasn't as easy to keep my father from killing a couple each year. We figured he paid for the land he can shoot whatever he wanted. We stayed steady on not shooting them when we had the chance though. After about 5 years or so we had plenty of does and some better bucks showing up. It got to the point where each of us would see 10-15 per hunt on each stand, all this on 150 acres. I know deer travel and some could be the same ones but there were times we would radio what we had in the fields and we all had numerous deer in our field at the same time. We killed several nice bucks over the years, one being a nice 12 point. In year 3 of having the land we started supplemental feeding the deer. Each stand site had a trough feeder and had a mix of corn and roasted soybeans in it year round. We also every other year planted summer crops with corn and cow peas.
We directly contributed our feeding program to increased horns and body weights. We never did the hinge cutting thing for cover because we were surrounded by a 1500ac cutover on neighboring land nor did we ever plant any trees, except for the 15 or so persimmon trees that my father "accidentally" ran over with the tractor even though they had 3 foot long pink ribbons on them.
When my father passed away, almost 5 years ago now, the land was near perfect and the bucks were coming in pretty good and horn and body weights were up substantially. It was a heart breaker when I was forced to sell it...that's a whole different story :bash: I still keep in touch with the new owner and he is a great guy and is following the same routine we followed and is reaping the benefits of all the years of hard work. He still sends me pics of the deer he sees and they kill each year and I am really happy to see the hard work we put in pay off, I wish it was still us on the land but whatever.
Now that I have my own land for 1 year (213 acres) I have started doing the same things we did on my fathers land. It will take a while because this land is pretty raw and hasn't had any type of hunting activity done in a while , if ever. I've actually seen more deer than I expected and killed one small 9 point this past year.It's not near what I want it to be but I've gotten about 10 rack bucks visiting the property from 6 points to a nice 13 point this past year. This land is the complete opposite of my fathers land. This land is 80% pine with a hardwood swampy type area that borders the Souinlovey Creek and his land was 80% hardwood with 20% pine mix. I will be doing a thinning probably next year as some of the trees are ready for cutting and need to open up the forest floor. I have put in 6 small 1/2 to 3/4 acre sized plots and 1 plot that is 1-1/2 acre in size for no. After I do some logging I will open the plots up some and eventually would like to have 4 plots 3 acres in size with some small satellite plots for bow hunting and doe killing. I have been feeding straight record rack for about 5 months now and the deer. I have 6 feeders that hold 225 lbs. each and the deer seem to love it. I never had deer eat straight record rack before without mixing it with corn. I don't know if one year will make a difference in rack or body size eating this yet but I am excited to see.
I am by no means a trophy hunter and never have been. I've never killed a 130 class buck in my life but have taken some pretty good bucks. I don't have a "QDM" program that I follow so to speak but use common sense restrictions and do some land management things to improve the land.I have 2 kids and a friend of mine and his son hunt with me on my land so all I want to do is hunt and, be happy and let each person kill a decent buck that makes them happy to have taken.

The only rules I have on my land are:
-No spikes, even for kids unless they've never killed a deer killed before.
-If you kill it you have to kill a bigger one for the next one, does included
-shoot all predators and hogs when you see them
-"try" to take mature bucks with at least 6 points or better and let the young ones walk, don't be trigger happy with the first buck you see.

Pretty simple rules but mistakes happen and they are forgiven but if they happen twice you will have to find another place to hunt. Once is a mistake, twice is being negligent. I have no doubt my kids and friend will follow these simple rules.
Being that this land and this area I am in now are new to me I don't know what the potential really is for deer in the area. I am surrounded by a large 5000+ ac hunting club to my west and north and smaller landowners like myself on the east and south. The club , from what I was told, shoot 6 points or better but from some people I hear that they shoot "bucks". I would like to meet with the club president and see what they are actually doing and try to get on the same page as them, or convert them as it would only benefit us all to have the same goals.Can it work? Absolutely! Will they be receptive? Who knows but if I don't ask we'll never know right? After talking to them they may have better ideas than I have and a meeting of the minds may come up with a plan that suits everyone fine.The main thing is for everyone to enjoy hunting and the time they spend out there with friends and family and hopefully kill a nice buck that we can all talk about for years. Some of my greatest hunting memories over the years not a single shot was fired and no deer were killed.

I am planning several projects for this property in the next few months and some will come later down the line that I think will help make this place I always dreamed of. Its going to take a lot of time, sweat and a good bit of money but I'll get it done...eventually.

I have read and watched many, many books and videos on QDM and it works for some people and some areas and not for others. Frankly I dont have the time or resources to instill a lot of the QDM practices so I pick and choose what I can do to better the herd and hope it works. Does anyone else follow any land/habitat management or herd management ideas that fall under QDM guidelines so to speak? Has anyone had a biologist survey their land to tell them what habitat changes they could make to better the quality of the land and herd? If so have you noticed a difference?

Below is a few photos of deer we took off the land by my fathers and deer when we sold the property. It’s definitely true letting them does work. Can’t get big if they’re dead. 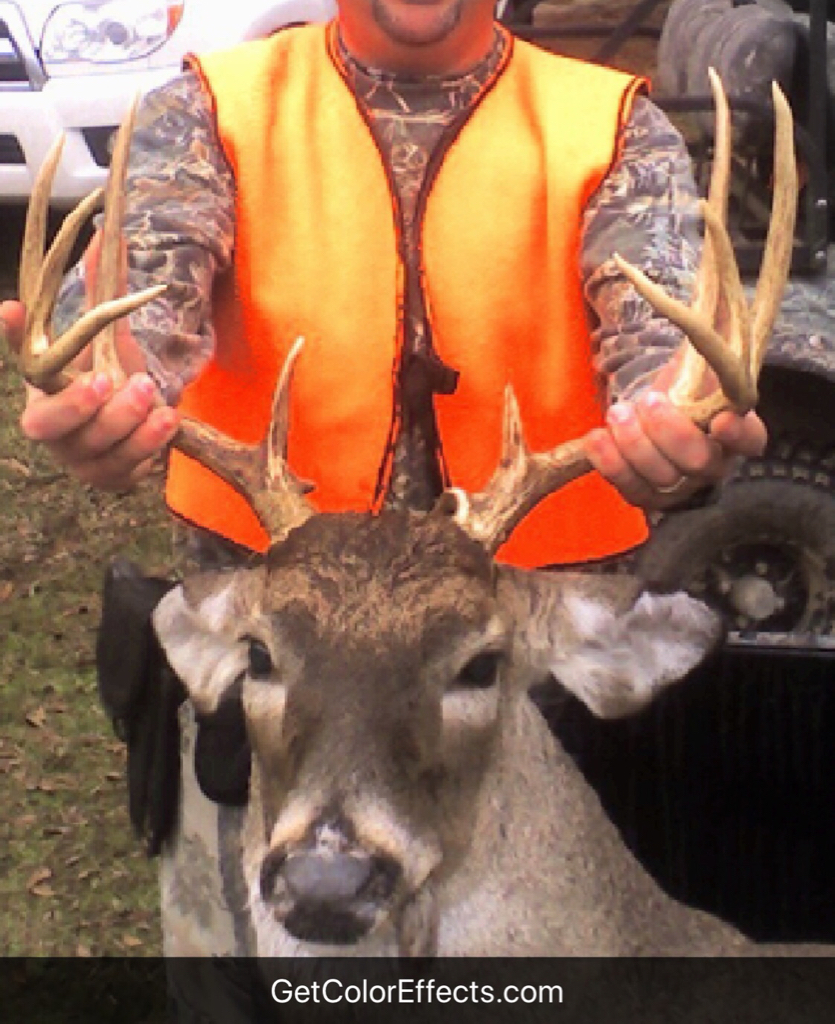 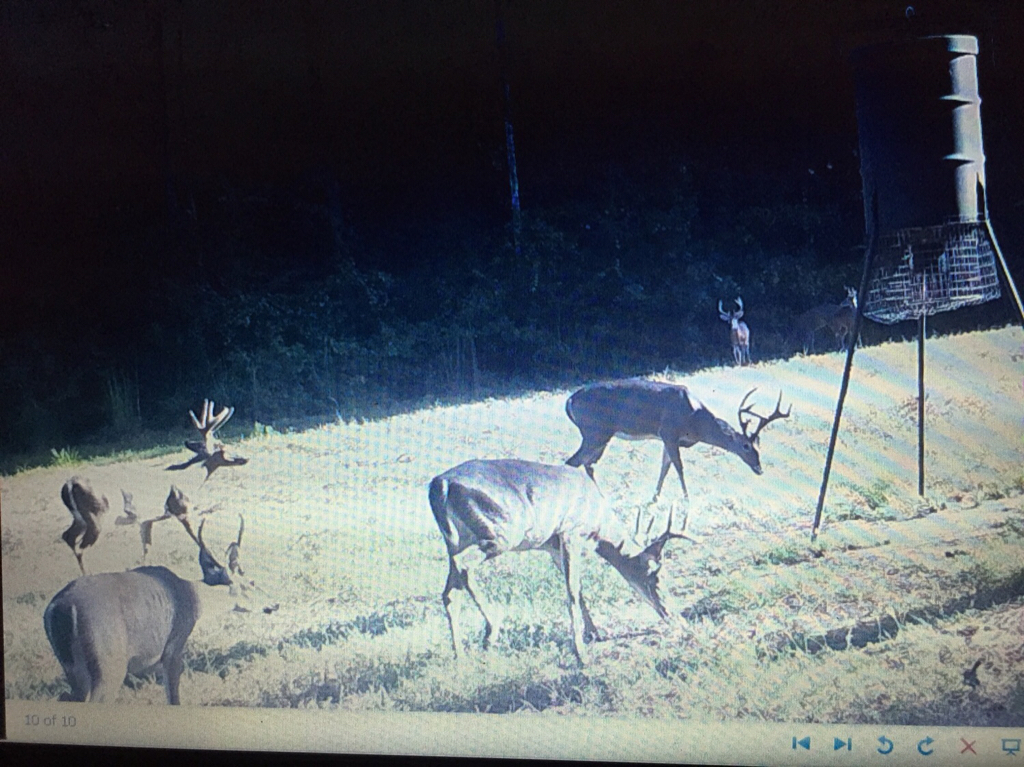 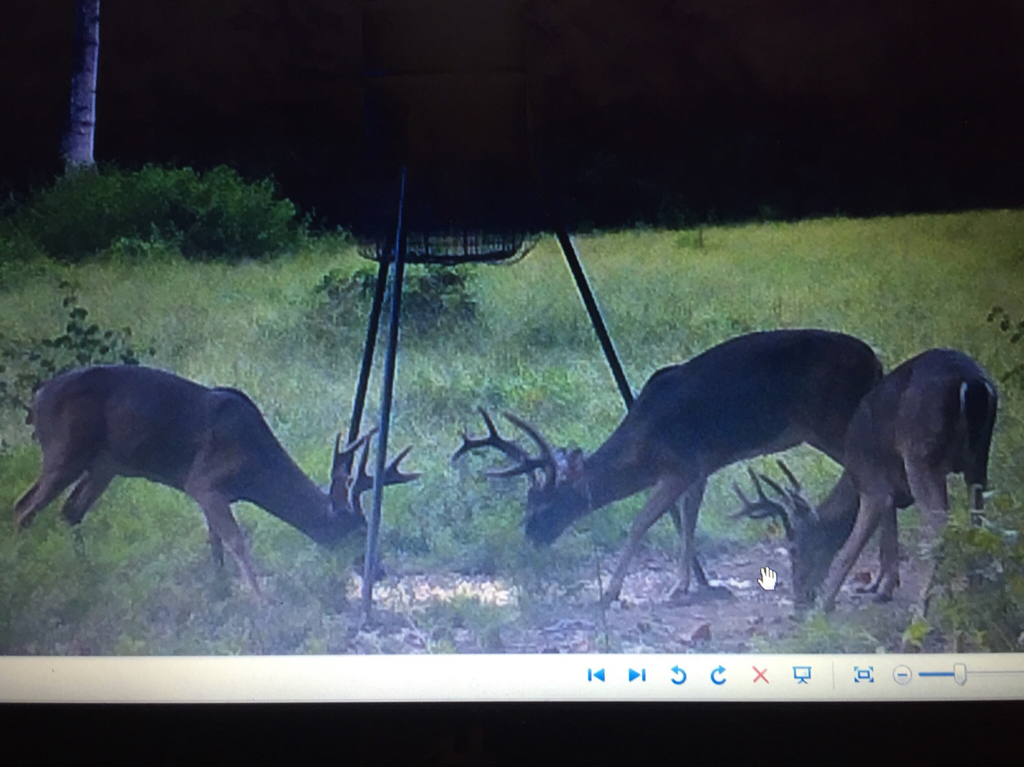 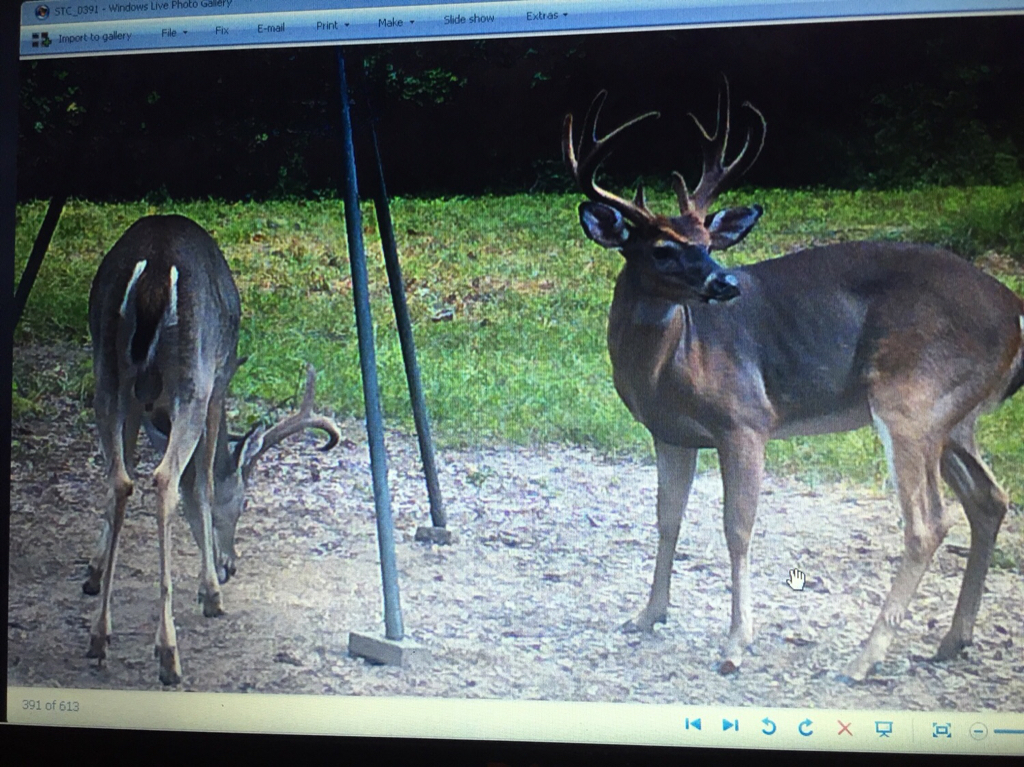 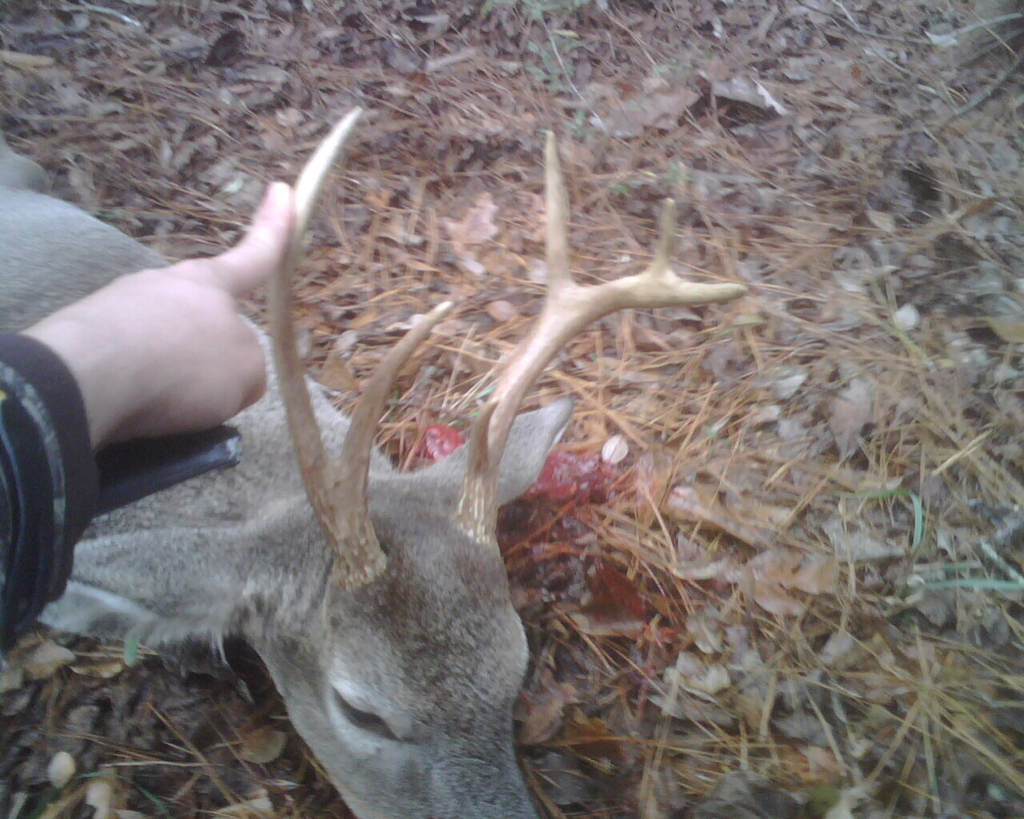 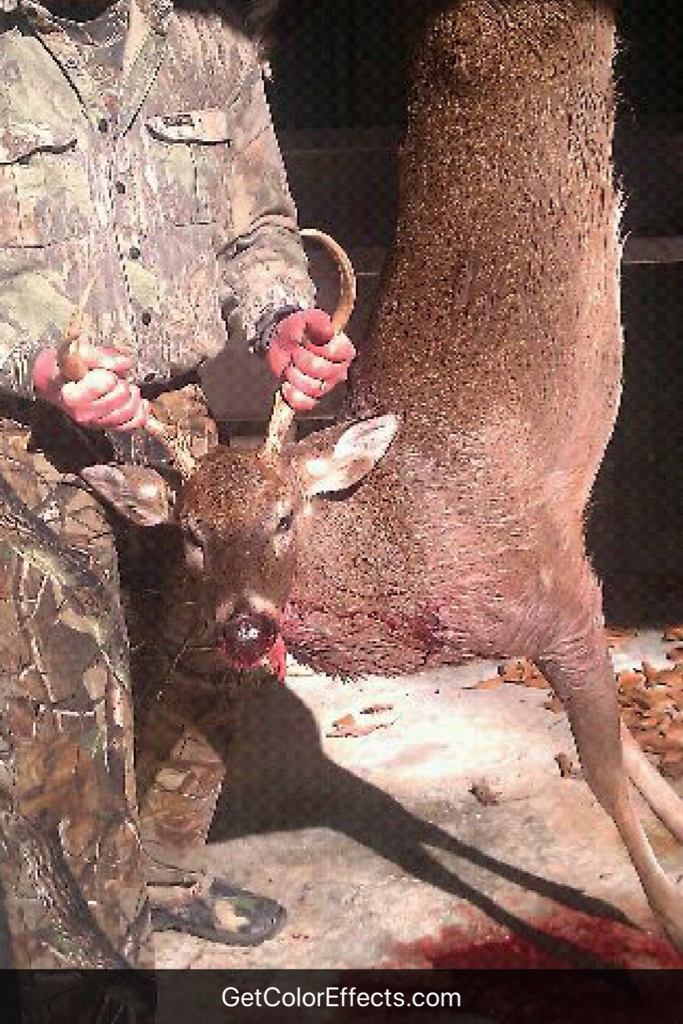 My new land deer pics, hope my plan works like it did in the past. Seems like I have more to work with than we started out by my fathers land with so far. 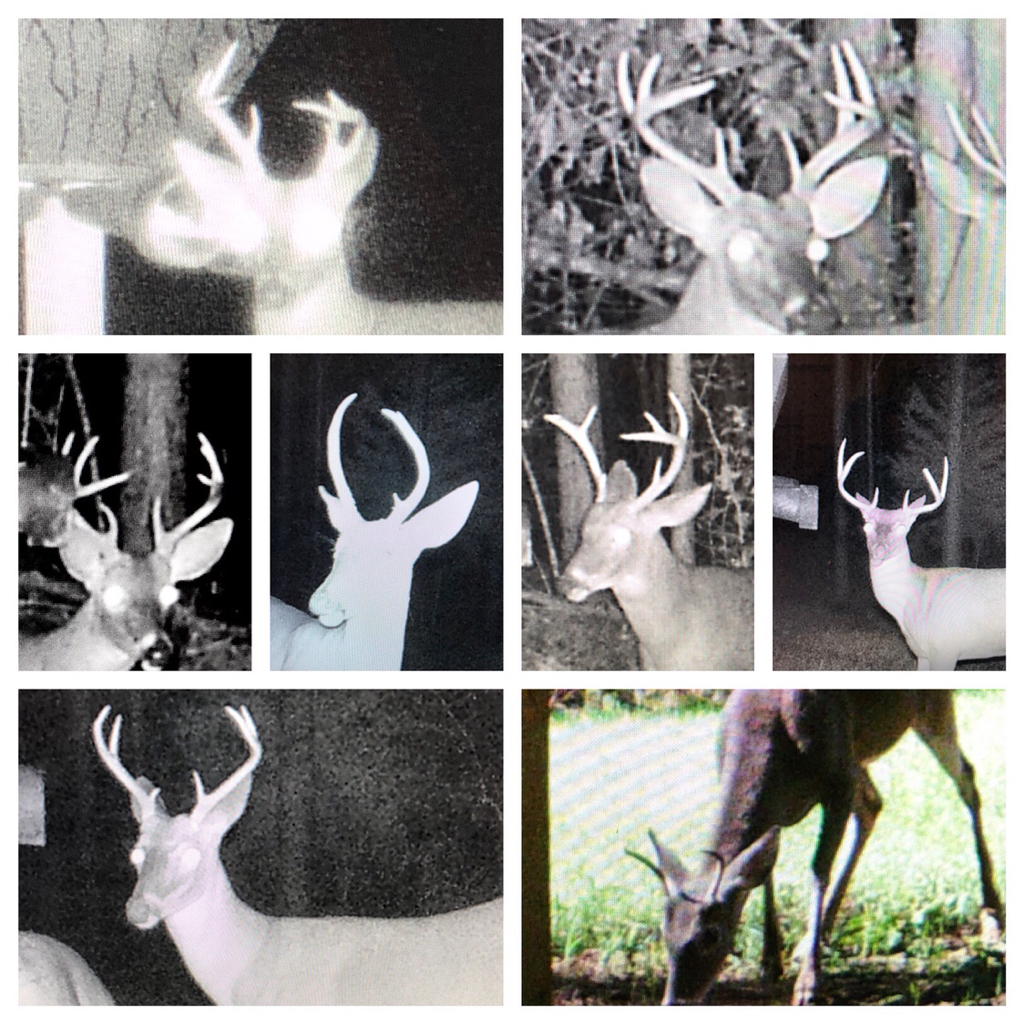 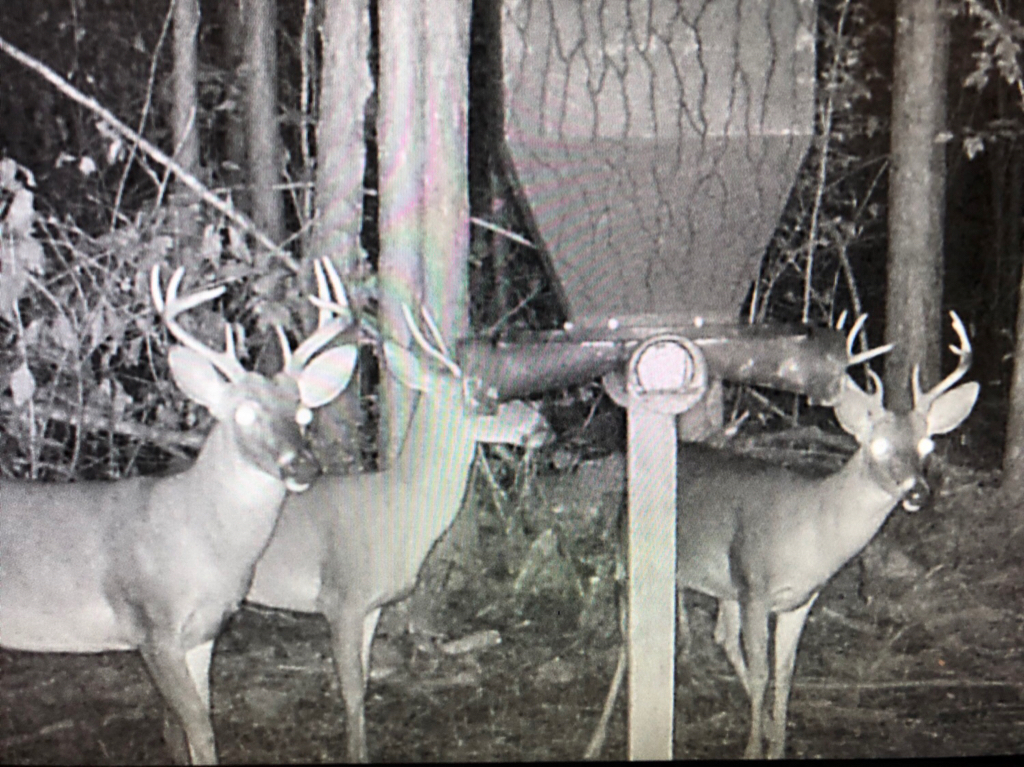 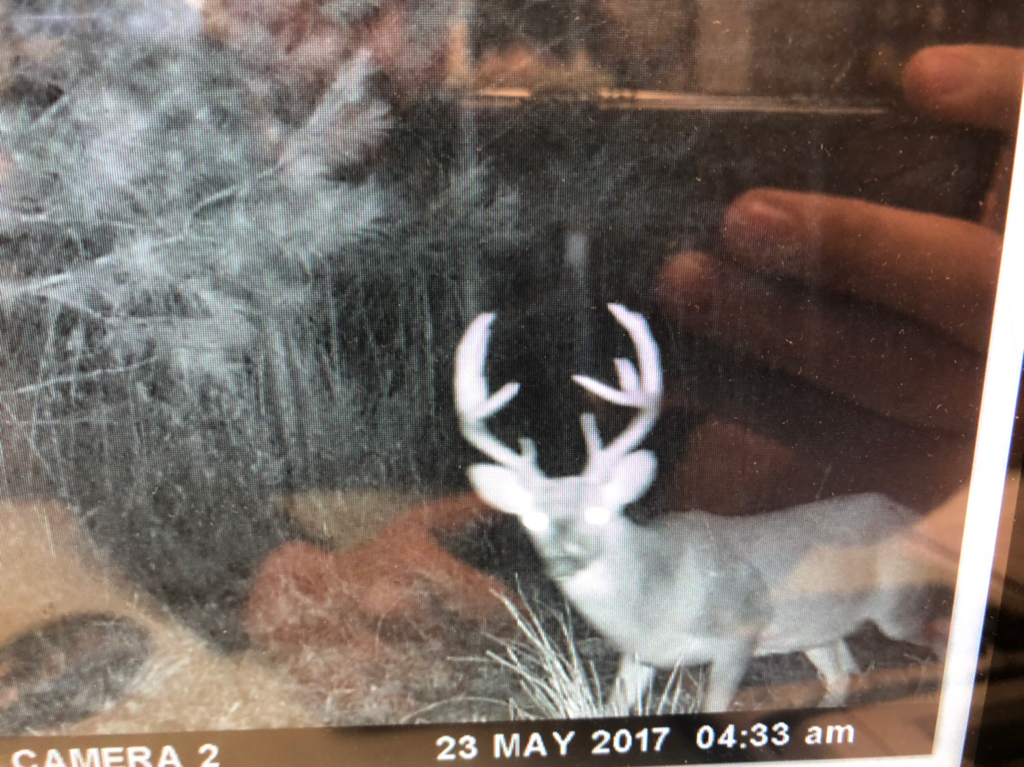 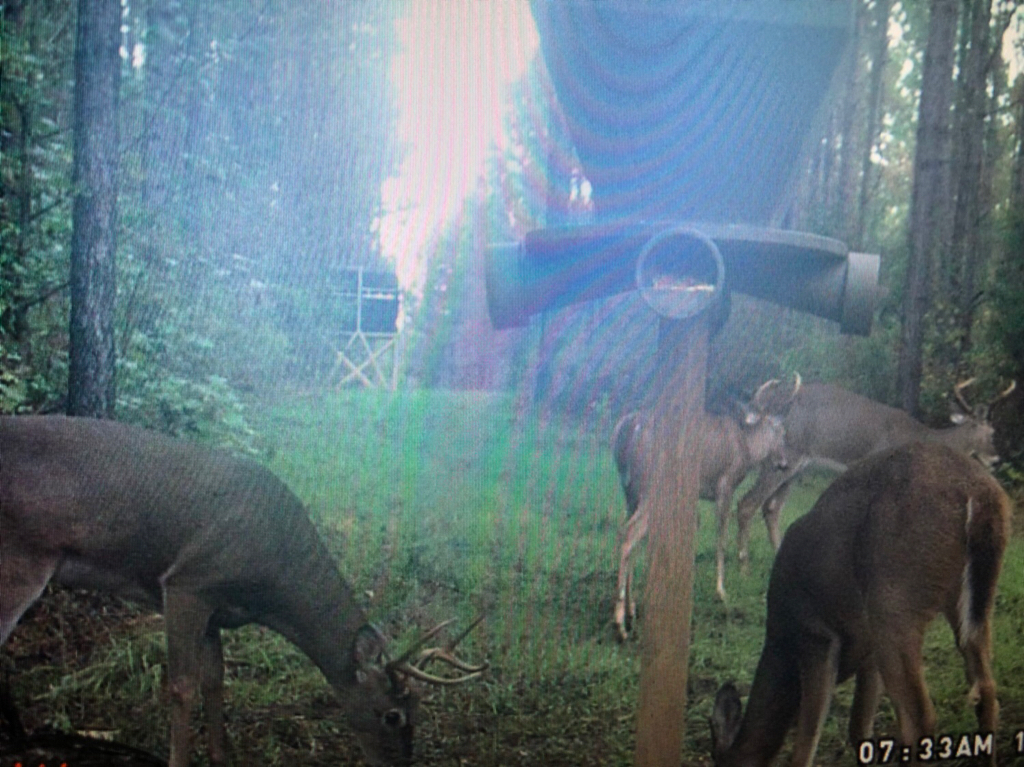 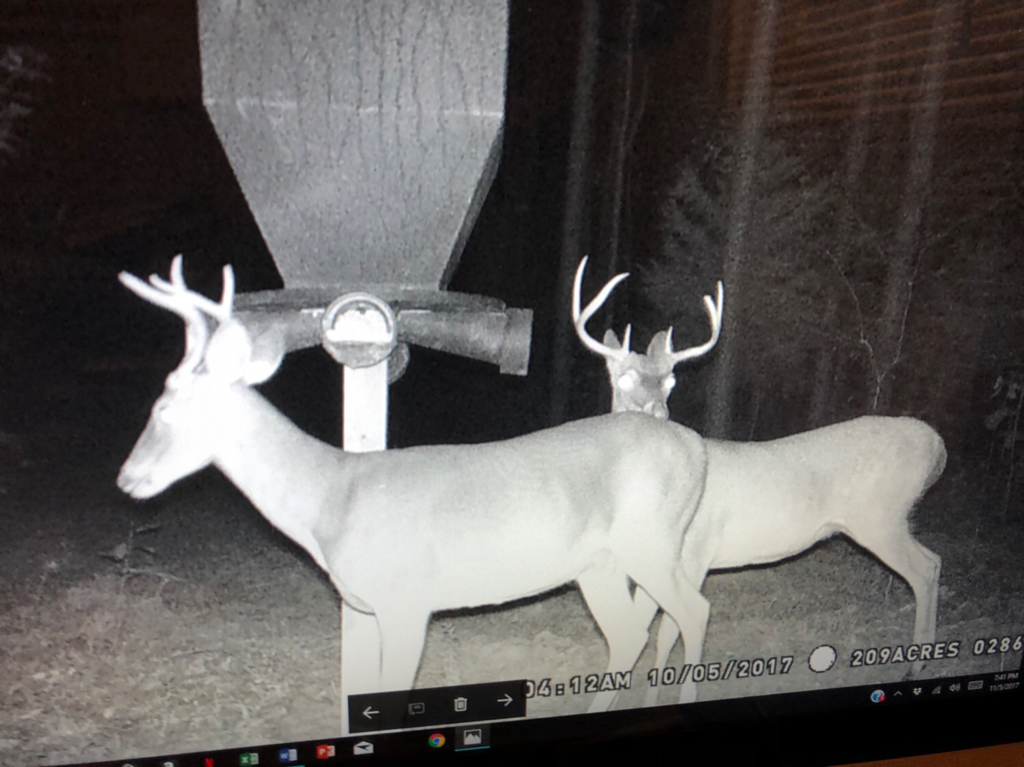 Sounds like you have a good plan in place. Every place is different, neighboring lands are different and ideas.

I have 179 acres and I let my gut and sightings tell the tale. I’ve had it for 10 years. We had a few deer, bunch of bears, few yotes and bobcats, not many coons to even mention. My boys have killed a few does and we have killed about 7 bucks since owning it.

I used to plant food plots and run corn feeders August thru February. To my north there is 200 acre wood plot. To my east is ag fields. To my south is crp and west of me is a bayou and then the road w ag across the road.

I’ve had neighbors that shot deer cause it had 4 legs. That bothered me because the potential is there. Nowvto the south of me the last 2 years were good hunters that were only killing a trophy. To the north I still don’t know what’s going on but the pressure and shots seem far and few.

In the beginning I planted food plots and deer would step out, take one bite and cross. Many bear sightings were to be had most hunts. I’ve tried timed feeder, rice bran, hand thrown corn. Two years ago seemed like I didn’t have deer and it was no does killed unless it was by bow. Think one doe was killed the last two seasons.

Last year I was tired of watching bears so I took the feeders down and planted white clover for two years. Last year all I did was cut and broadcast clover. We seen 4 bears last year. The average before that was 4 a hunt. I had deer coming out the woodwork and we killed 3 respectable bucks. 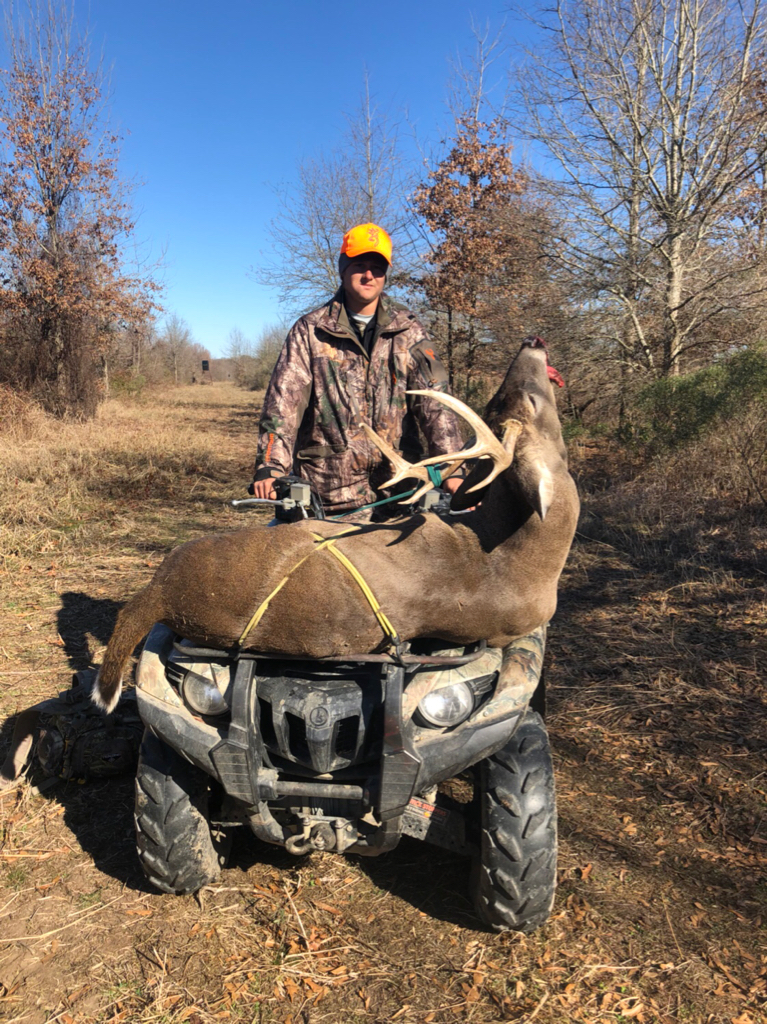 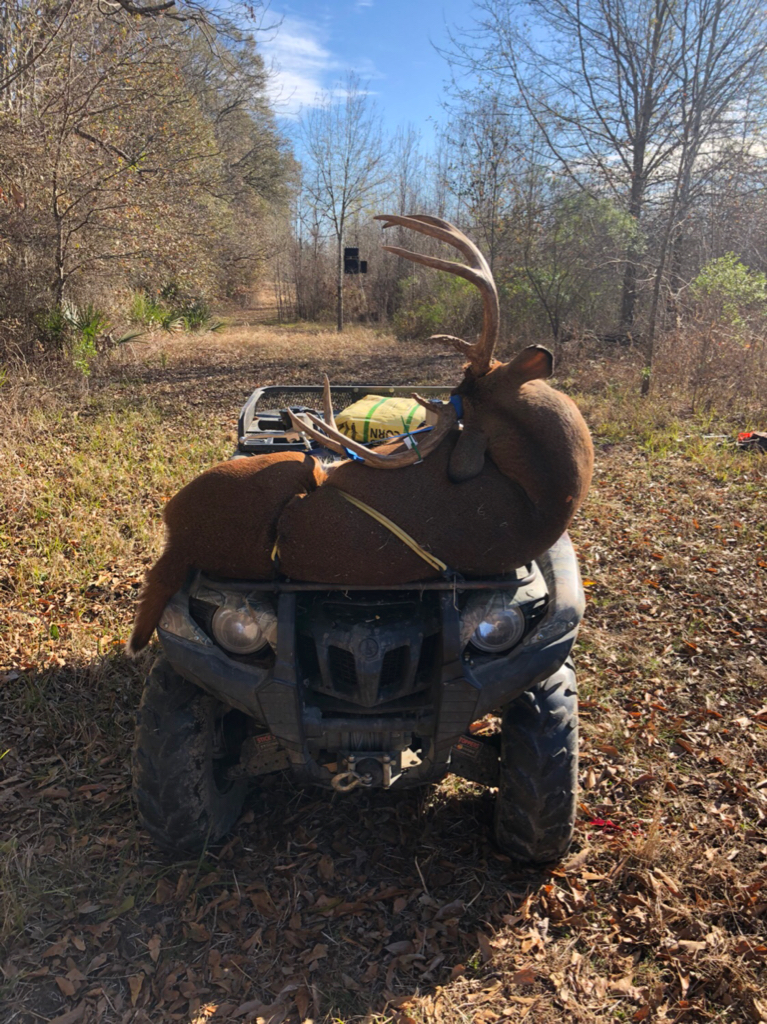 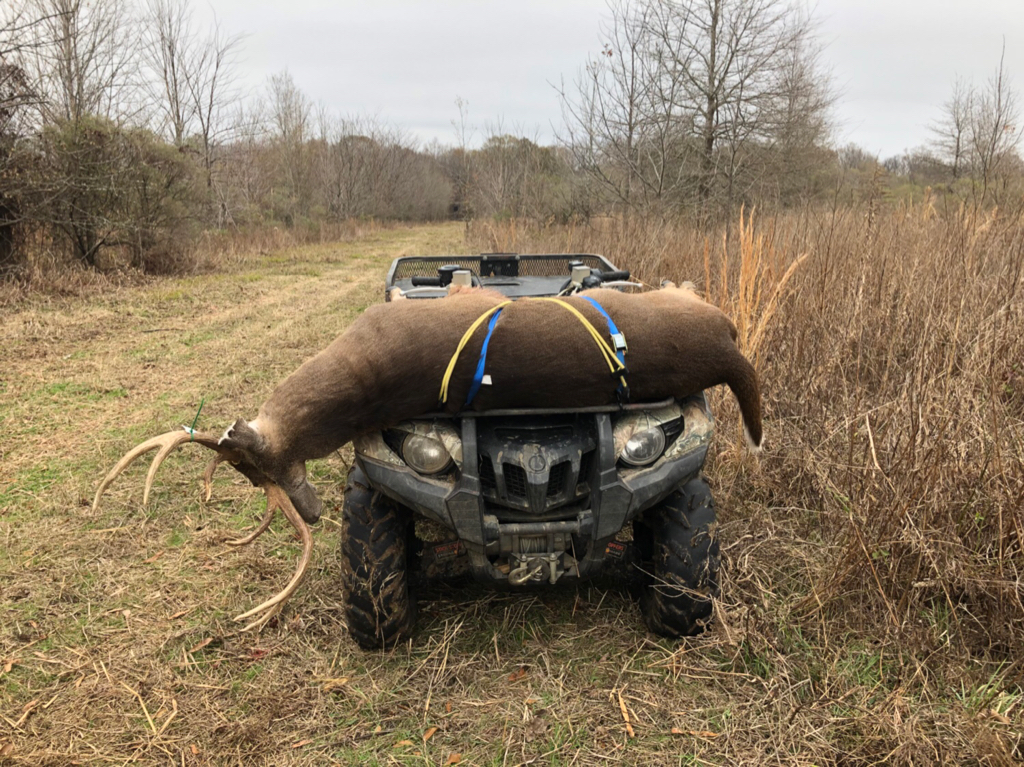 I seen more does, bucks and shooter bucks than the 9 years previous before combined. I did put out 11 bags of corn from bow season till the end by just driving down the lane on Atv when hunting. Maybe a half a sack in 3/4 of a mile. Deer stayed in the lanes forever eating natural growth that was cut and clover. Every now and then finding a kernel of corn. It’s pretty easy to figure out what I’m doing this year huh?

My recommendation to you is to hunt the edges of your property leaving a quite zone in the middle. Also if water is scarce, make some pits with the tractor is several areas next to thick cover. Deer need water, food, browse and cover. All you have to do is let them get to the age that is acceptable to you for harvest.

My rules on my place is simple.
1. If you shoot a buck you mount it. A trophy to them may not be a trophy to you. If your looking for numbers there is public land everywhere.
2. No killing does for now. It can change depending on how many deer your seeing.
3. SAFETY IS NUMBER 1. Nothing out there is worth the slightest chance of hurting someone or killing them.
4. Have fun and enjoy the little moments. There is more of them than the big ones. Everyday is special and be thankful to our creator.
C